Home / Knowledge Hub / 4 Things That Helped Nest Get Acquired by Google for $3.2 Billion 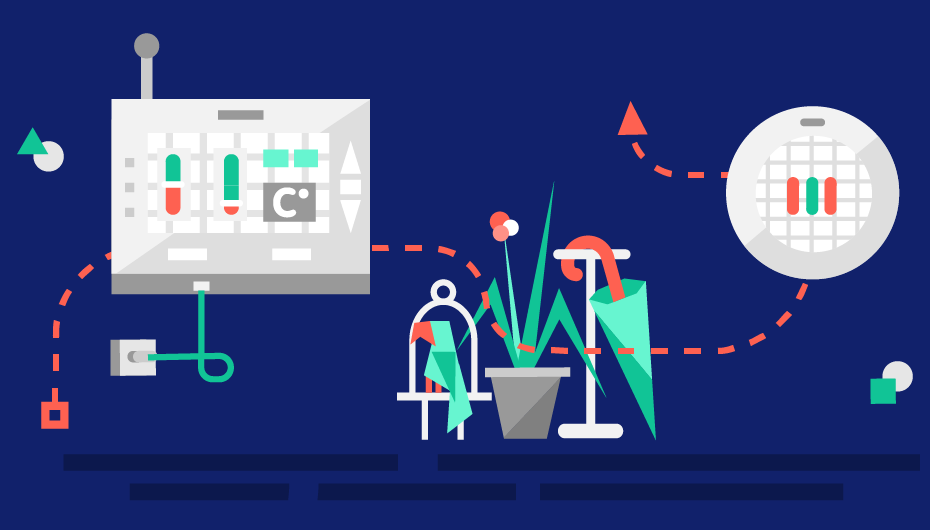 What made Nest such a successful hardware startup when so many others are frankly not? We explore many of the earliest decisions nest made that ultimately led to its $3.2b acquisition by Google.

As a hardware entrepreneur, sometimes it can seem like the odds are stacked against you. Compared to your software counterparts, development times are longer, scaling is harder, production is complex, and everything costs more money. There are countless stories of failed hardware startups splashed across media outlets with juicy stories as to where they went wrong. So, it’s not surprising for hardware-based companies to pause and say to themselves, “Is there any hope for my business?”

We’re here to assure you that the answer to that question is “yes.” Although perhaps rarer to come across, hardware startup success stories are out there. One such example is Nest, the original creator of smart thermostats – and now a whole host of other products for the connected home. In fact, Nest’s product design and business vision were so compelling, they caught the eye of other, industry-leading tech firms. As cited in TechCrunch, Nest was acquired by Google for a whopping $3.2 billion in 2014.

Nest’s story is not rooted in luck. Even as an early-stage startup, the company made several deliberate decisions that would shape their growth and eventually skyrocket them to success. We’ve broken down four things that Nest did to not only ensure their survival, but also the longevity of their company. As it turns out, they are all things that you can learn from and apply to your own business.

#1 – Think Beyond Your Industry

You’re probably already aware that before entering any marketplace, you should conduct an assessment of the competitive landscape. Identify and evaluate your competitors, understand their advantages and disadvantages, and borrow best practices that are applicable to your own model. That is all well and good, but what most people don’t know is that innovation often requires you to look beyond your own industry for inspiration. In doing so, you can borrow designs and technology not yet adopted in your industry, see how problems similar to yours were solved, and learn to think about your business in a new way.

According to Medium, the Nest team regularly borrowed ideas from nature, the fashion industry, and education. In fact, the Pathlight feature on the Nest smoke detectors (which lights up to guide your way at night) was actually inspired by what it feels like to walk in the moonlight. This “think-broader” mindset perhaps started with Nest’s Founder and CEO, Tony Fadell. He traveled around the world for over a year before coming up with his next big product idea. His travels were a means of informal field research as he gathered inspiration from new people, places, and ways of life outside of his industry.

Nest was applying key human-centered design principles to their work when they were still in their early days. The team avoided the misguided approach of adding bells and whistles to their product just to attract customers’ attention. While cool new features are fun at the outset, companies that rely on this approach are rarely successful in the long run. Rather, the successful companies are usually those that really understand their customers and the problem that they are trying to solve.

Nest made their product design and development process customer-centric in a couple of different ways, according to Medium. First, the team actually rented out homes on Airbnb as part of conducting their research. By physically getting inside people’s homes in different geographies around the world, Nest could take a peek into their mindsets, daily habits, and ways of living. Secondly, C-suite level leaders often participated in consumer collaboration workshops to ensure that their design products resonated. Taking this one step further, Nest also had an instant video technology that allowed the team to connect directly with consumers. They would bounce ideas around, brainstorm, solicit feedback, and test out assumptions in real-time. Finally, Nest also stuck to building a product that would solve a real problem for their customer (instead of making a pain point incrementally better). Founder Tony Fadell described their approach as making painkillers, not vitamins.

#3 – Get Your Core Product Right

Some hardware startups make the mistake of trying to do too many things at once. They’ll set out to build a whole product line from the get-go, rather than focusing their efforts on building a really good core product. Of course, if you have unlimited time and money, building a whole product line may be in the cards for you. However, most startups are strapped for cash and need to put all their resources towards what matters most. For Nest, it was their smart home thermostat.

As described in TechCrunch, Nest broke big dreams into smaller, more digestible milestones. They took one step at a time and ensured that they celebrated major accomplishments and quick wins along the way. Nest knew that they only had one chance to launch their thermostat in the right way, so they took the necessary time to iterate on their initial design through rapid prototyping. With a solid foundation in place, the Nest team would be able to pursue their larger vision: the connected home.

With a strong and successful core product, Nest had the momentum they needed to expand to other places in the home. Since creating their home thermostat, Nest has broadened their product line to include other household devices like smoke detectors, locks, and video-enabled doorbells. Suddenly, Nest was a thought leader in the increasingly-attractive Internet of things (IoT) space. They were also making progress towards their long-term vision, creating the ultimate connected home.

By tying your business to a broader vision, you may not only attract the attention of investors, but perhaps a few industry giants as well. Google, for one, was eager to continue their expansion beyond search engine capabilities. Their desire was to become a stronghold in the smart devices and appliances market, which naturally prompted them to turn to Nest to discuss an acquisition deal. Like Nest, Google had their eye on a longer-term vision as well. Indeed, as cited in Time, “The race is not just about selling fancy appliances. It’s also a fight for what company coordinates smart homes and collects data about the habits of those who live inside.”

Have Faith in Your Business

If Nest was able to see sustained success by rethinking an ordinary household device, then success is certainly possible for you too. In broadening your perspective beyond your own industry, keeping customers at the center of your research, getting your core product right, and casting your long-term vision, you may be surprised what good “luck” you have.

Explore the spectrum from Alpha to Beta prototypes, and learn how to mitigate design risks in a beta phase. Alpha Vs. Beta Prototypes No matter what you are building, prototype testing should happen early and often in your design cycle. Different stages of development require different kinds of prototypes,...
Read more