Explore the spectrum from Alpha to Beta prototypes, and learn how to mitigate design risks in a beta phase.

No matter what you are building, prototype testing should happen early and often in your design cycle. Different stages of development require different kinds of prototypes, so be strategic about your approach. Ensure that the specific goal or purpose of each prototype that you build is clearly articulated and understood by your team. Are you trying to validate product functionality? Do you need to create a simple visualization? Or, are you laying the groundwork for larger-scale product manufacturing?

Your prototype’s purpose will ultimately help you decide whether you’re making an alpha or a beta prototype. Alpha hardware prototypes are often considered to be “lab experiments” that are not necessarily designed for commercial requirements. They demonstrate what the end product is capable of doing, providing key insights into ergonomics and aesthetics. They are used to prove that core features of the product work in a development or testing environment under ideal conditions.

On the other hand, beta hardware prototypes serve as a more polished version of the product. They are used to solicit customer feedback and gather additional data relating to usage and design requirements. This kind of information can help you understand what components or features may need to be tweaked before the official product launch. As such, beta prototypes are built to prove that there is actual demand for your solution by demonstrating functionality in real-world conditions with customers.

Many hardware innovators excel at creating technically-viable alpha prototypes. Unfortunately, the majority are not as successful when it comes to developing beta prototypes. Hardware-based startups often release several failed beta prototypes before bringing their final product to market. Not only does this cause investors to lose confidence in the company’s trajectory, but potential customers may start to doubt their abilities as well. In understanding how to minimize the amount of failed beta prototype variations, hardware startups can save valuable time and money.

The beta stage of the development timeline seeks to enhance and refine your product design, incorporating testing feedback from previous iterations. It also offers an opportunity to build a prototype that functions more like the final product, thus serving as a chance for more rigorous, often customer-involved testing.

The beauty – and the challenge – of beta prototyping lies in the process itself. Beta prototypes are created and tested based on production procedures. Production testing and assembly protocols are drafted, test plans are prepared, and documentation is updated. Some enhancements will be required after assembly, and these should be documented to show the reasons for the modifications.

There are a number of different factors to consider when you’re designing a beta prototype. First, consider what the customer, industry, or market expects of your product. Understanding user needs and behaviors provides the context necessary to develop increasingly customer-centric products. Secondly, think through how your prototype will be evaluated by the customer in terms of performance and durability. Keep in mind that a sound competitive assessment can give you a good baseline in terms of customer expectations. Third, factor in relevant data from any existing models. In instances where your product currently exists, you may be able to access valuable insights with regard to user activities and design requirements. Finally, get organized when it comes to expected deliverables. This is essential from a project management perspective to keep your beta prototype workflow on-time and on-budget.

Hardware-based startups fall victim to several common pitfalls during the design and development of their beta prototypes. Most notably, many fail to ask for input on how to proactively plan and move beyond initial prototype iterations. This lack of forward thinking often leads to additional beta prototype versions that cost both time and money. It also contributes to the challenge that many hardware startups face in accurately estimating the cost of developing their beta prototypes. Finally, most hardware-based businesses fail to make their beta prototypes truly customer-centric. They avoid showing their prototype to end users until late in the game, waiting to achieve “perfection”. They make dangerous assumptions that all end users are the same, and therefore don’t produce enough prototypes to meet the needs of diverse customers. What’s more, many startups don’t design the user experience in concert with the physical product, leading to costly, time-consuming design changes later.

To avoid the aforementioned pitfalls, take into account the following key considerations when developing your beta prototypes:

Identifying risks early on in the process means that you can mitigate them before you officially launch your product. Design risks left unattended, for instance, could ultimately result in failure. That’s why it’s important that you perform a Design for Failure Mode and Effects Analysis (DFMEA) as part of your beta prototype plans. Often a first step of a product reliability study, DFMEA is a highly-structured, systematic design methodology for evaluating a product. It involves reviewing as many components, assemblies, and subsystems as possible to identify failure modes, their causes, and their effects.

Although performing DFMEA is a substantial undertaking for any business, the process provides several benefits that make it worthwhile. It enables you to identify all the ways your product design could fail early on, allowing you time to fix them before they become consumer problems. The DFMEA approach also incorporates a rational prioritization framework, so you can focus on mitigating the risks that are most critical first. As you implement the various countermeasures and controls that make up your mitigation strategy, you simultaneously enhance overall system reliability. This leads to smoother production ramps, reduced development costs, and higher end-user satisfaction with your product.

Click here to read more about why hardware startups should design their prototypes for failure using the DFMEA framework. 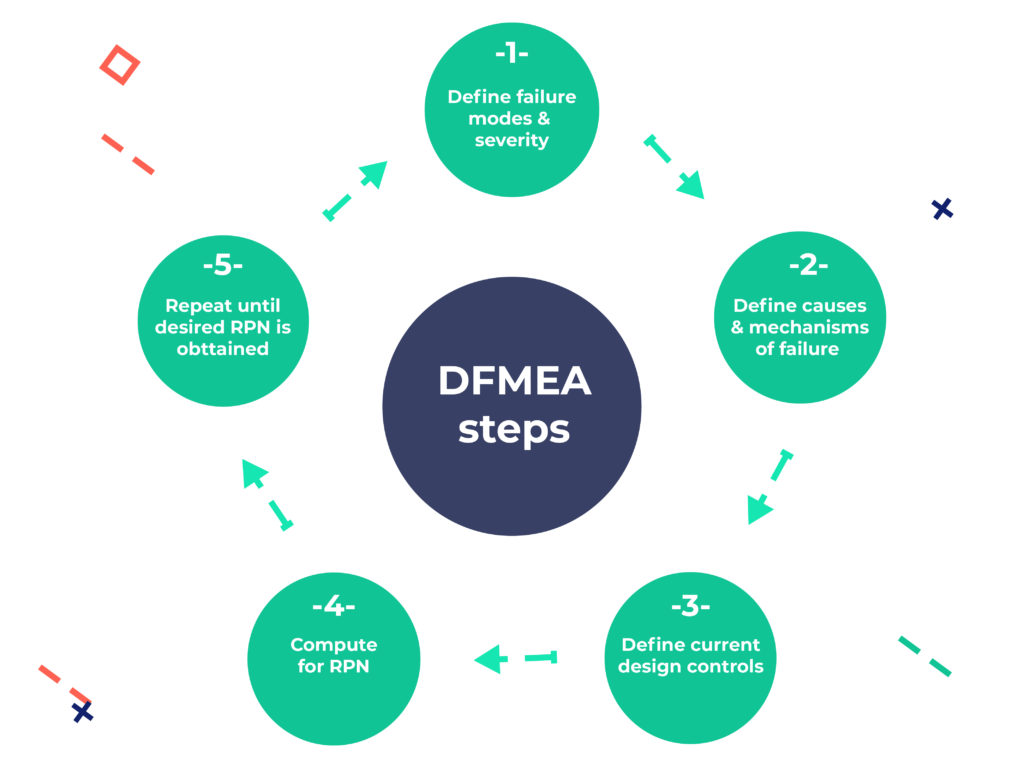 The age-old advice to “test early and often” is as relevant today as it ever was. Many organizations put off testing until their product is fully developed, and often bear the cost of rework as a result. Or perhaps more distressing, they realize that they’ve created a product with little to no market demand.

Prototype testing helps you ensure that your design is moving in the right direction. It allows you to refine key features and address potential flaws before moving to actual production. Redesigning a prototype is a lot easier – and a lot less expensive – than reworking a finished product. You’ll save your budget and your sanity by testing right from the start.

Want more prototyping insights? Sign up today and get best practices sent straight to your inbox.

7 Rapid Prototyping Methods You Need for your Hardware Startup Explore the trade-offs among seven leading rapid prototyping techniques. Which is appropriate for your product stage and functional requirements? Manufacturing Your Prototype As a hardware entrepreneur, chances are you’ve considered the difference between an alpha prototype and a beta...
Read more

3 Game-Changers That Are Shaping the Future of Hardware Manufacturing

Industry 4.0 is coming. We expand on 3 trends that are and will continue to shape the future of manufacturing: 1) 3D printing is accelerating product development, 2) Onshoring production streamlines the supply chain, and 3) Artificial intelligence improves productivity. Many hardware companies have been slower to take advantage...
Read more

What made Nest such a successful hardware startup when so many others are frankly not? We explore many of the earliest decisions nest made that ultimately led to its $3.2b acquisition by Google. Hope for Hardware Startups As a hardware entrepreneur, sometimes it can seem like the odds are...
Read more