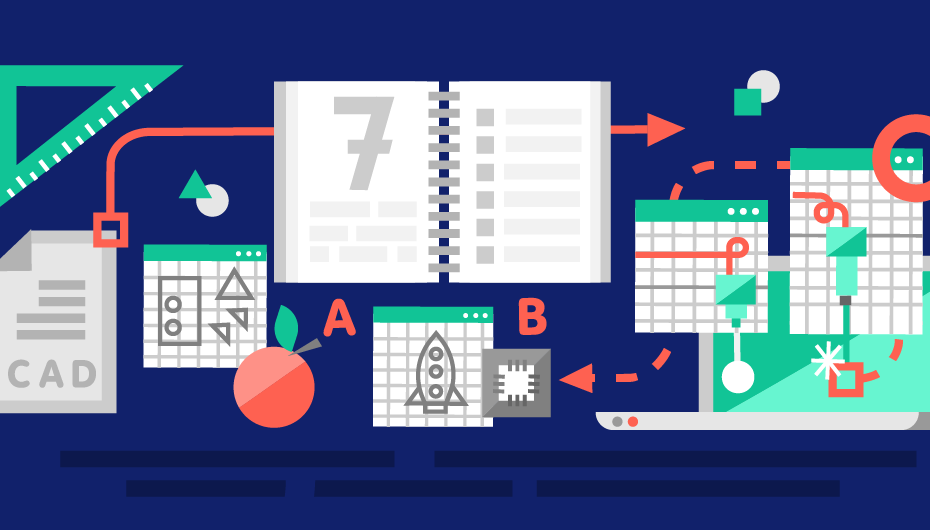 7 Rapid Prototyping Methods You Need for your Hardware Startup Explore the trade-offs among seven leading rapid prototyping techniques. Which is appropriate for your product stage and functional requirements?

As a hardware entrepreneur, chances are you’ve considered the difference between an alpha prototype and a beta prototype. You know that producing an alpha prototype for internal assessment and product development is very different from producing a beta prototype for external assessment. And yet, many hardware startups still make the mistake of selecting inadequate manufacturing processes for their beta prototypes. When you have a third party (like an important client) assessing your prototype, you want it to convey that the final product will indeed be up to snuff. If you select the wrong manufacturing process for your beta prototype, you could inadvertently send the message that your final product won’t meet their requirements. You risk losing their confidence – and their business.

During the alpha prototype stage, your focus is on quickly producing a prototype that can be used internally to provide input on design changes needed for the next iteration. However, in the beta prototype stage, you have to pay more attention to details regarding form, fit, and function. Consequently, your manufacturing process must reflect this shift in mindset that occurs from the alpha to the beta stage of development.

The Word on Rapid Prototyping

Luckily, there is a solution to your prototype manufacturing challenges: rapid prototyping. Recently, there’s been a lot of buzz surrounding this particular development approach, but many hardware startups are still unsure of what it actually means for their business. So, let’s address two foundational questions before diving deeper: What exactly is rapid prototyping, and when should you be using it?

Rapid prototyping is a method for reducing the time between the steps in the production of successive prototyping. Essentially, it’s a group of techniques used to quickly fabricate a scale model of a physical part or assembly using three-dimensional, computer-aided design (CAD) data. In other words, it’s a process that uses 3D printing and additive manufacturing (AD) techniques. The major advantage to rapid prototyping is that it’s “tool-less” manufacturing – a faster, cheaper, and more effective way to explore and realize product concepts. You can use the same equipment with each iteration and move beyond merely visualizing a product. This method is particularly important for hardware startups, who often have to invest more resources into development iterations than their software counterparts. 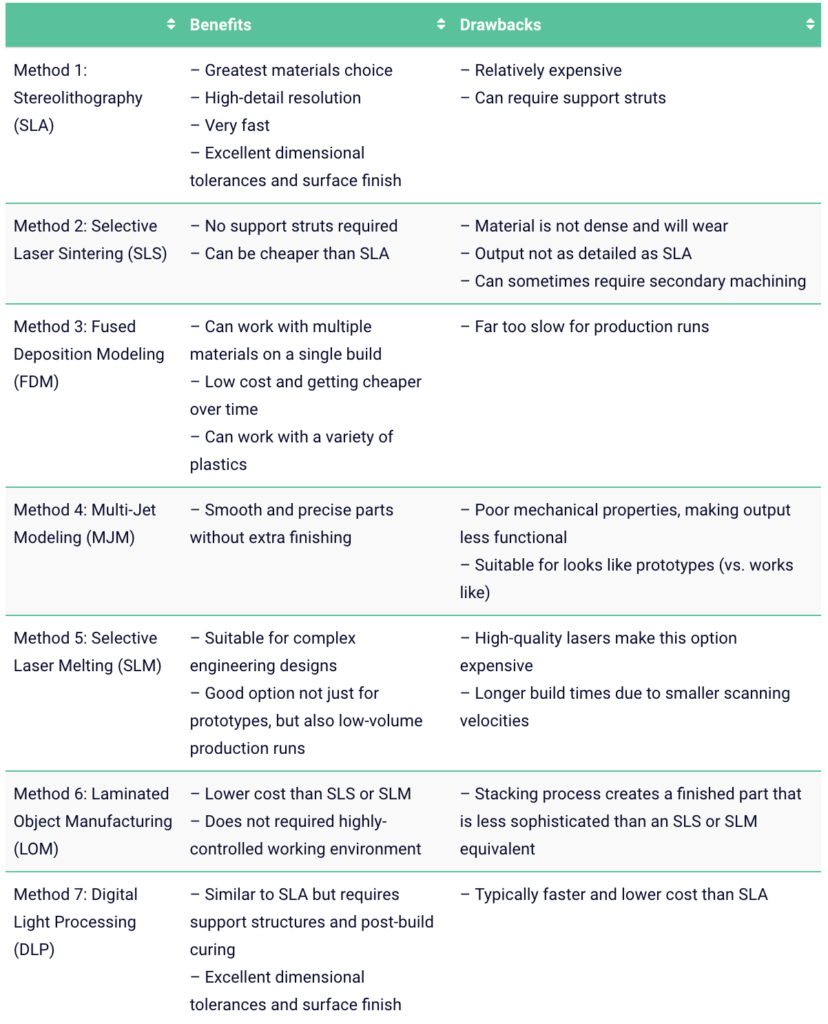 There are a number of different rapid prototyping methods that you can take advantage of to improve your beta development process. Depending on your available resources, timeline, and product requirements, one method may make more sense than another. We’ve outlined seven key methods for your consideration here, along with the benefits and drawbacks of each. That way, you can make the most informed decision about which rapid prototyping method is right for you.

This method offers you the greatest material choice and provides very high detail resolution. Plus, the final part can be machined and used as a master mold. Although considered to be expensive, SLA is also one of the faster rapid prototyping methods. If you have a tight timeline or need a quick turnaround, the extra dollars could be worth it to get your prototype completed on time. Keep in mind that SLA’s single layer development process requires support struts that at times can be tricky to remove. 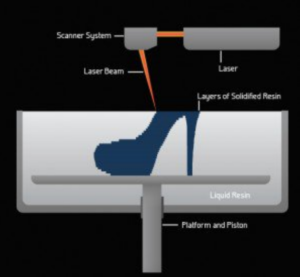 SLS involves thermoplastic material with a comparable result to injection molding. Direct Metal Laser Sintering (DMLS) is the metal version of this method, but both use a “powder bed” process. Although SLS doesn’t require support struts, outputs aren’t quite as detailed as SLA and may sometimes require secondary machining. Lastly, beware that the part you produce won’t be fully dense, and thus will wear. 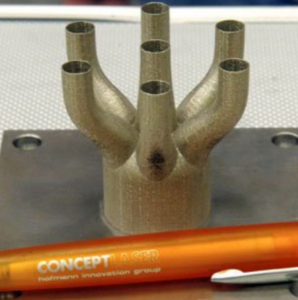 With FDM, a thermoforming filament is heated and then passed through a nozzle to lay down successive layers. The good news is that FDM machines are becoming even smaller and cheaper, with a variety of plastics. You also have the ability to print more than one kind of material during a single build, which can be a big up-side depending on your product design. Although this method is too slow for large production runs, it’s very cost-effective if you’re looking for a deal.

This method involves a thermosetting polymer, which is used in an array of inkjet nozzles moving horizontally across the platform depositing a thin film for the 2D cross-sectional layer. Polymerization quickly solidifies the plastic in that layer, then the platform descends by one thickness and the process repeats. MJM allows you to produce extremely smooth and precise parts – even for products with complex geometric designs – and doesn’t require extra finishing treatments. In terms of limitations, material-jetted parts can have poorer mechanical properties, and thus are more suitable for non-functional prototypes.

SLM involves creating metal parts with a high-powered laser used to weld and not merely sinter, thereby producing a part that is fully dense. The build actually takes place inside a sealed chamber

that’s filled with an inert gas, such as argon. Nowadays, this process is becoming more popular not only for rapid prototyping, but also for low volume production. This is largely because SLM lends itself very well to complex engineering designs that have hidden pockets, conformal cooling channels, and other internal features. It allows you to decrease weight while increasing strength, which is critical for demanding applications in aerospace, automotive, and medical fields. However, high-quality lasers can make this method expensive, and smaller scanning velocities can lead to longer build times.

When using LOM, a series of thin laminate layers are laid out on a build platform. These laminates can be paper, plastic, sheet, or metal foil. If paper is used as the laminate, the finished product will be similar to solid wood and can be worked accordingly. Next, a computer-controlled laser begins to cut away material. The platform then drops by the thickness of one layer, a new laminate is glued on top, and the process continues. One drawback of this method is that the stacking process creates a finished part that is less sophisticated than an SLS or SLM equivalent. However, LOM is typically cheaper and does not require especially-controlled working conditions. 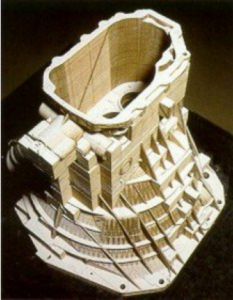 Another variation on the polymerization of a curable resin, DLP is very similar to SLA printing. It cures the resin with a more conventional light source, but also requires support structures and post-build curing. In terms of benefits, the process is generally faster. Plus, a shallower reservoir of photoresin can be used, which also provides costs savings. Like with the SLA method, the finished part has excellent dimensional tolerances and surface finish.

You need to create a beta prototype that is realistic, demonstrating to your clients and external users that your final product will meet their standards. With the help of rapid prototyping, the development of such a beta prototype is no longer outrageously expensive and time-consuming. By selecting the appropriate manufacturing method for your product, you can work smarter, cheaper, and faster.

Is your startup in the midst of prototyping? If you’d like to learn more about how to optimize your prototyping processes and outputs, sign up to get best practices delivered directly to your inbox.

Explore the spectrum from Alpha to Beta prototypes, and learn how to mitigate design risks in a beta phase. Alpha Vs. Beta Prototypes No matter what you are building, prototype testing should happen early and often in your design cycle. Different stages of development require different kinds of prototypes,...
Read more

3 Game-Changers That Are Shaping the Future of Hardware Manufacturing

Industry 4.0 is coming. We expand on 3 trends that are and will continue to shape the future of manufacturing: 1) 3D printing is accelerating product development, 2) Onshoring production streamlines the supply chain, and 3) Artificial intelligence improves productivity. Many hardware companies have been slower to take advantage...
Read more

What made Nest such a successful hardware startup when so many others are frankly not? We explore many of the earliest decisions nest made that ultimately led to its $3.2b acquisition by Google. Hope for Hardware Startups As a hardware entrepreneur, sometimes it can seem like the odds are...
Read more