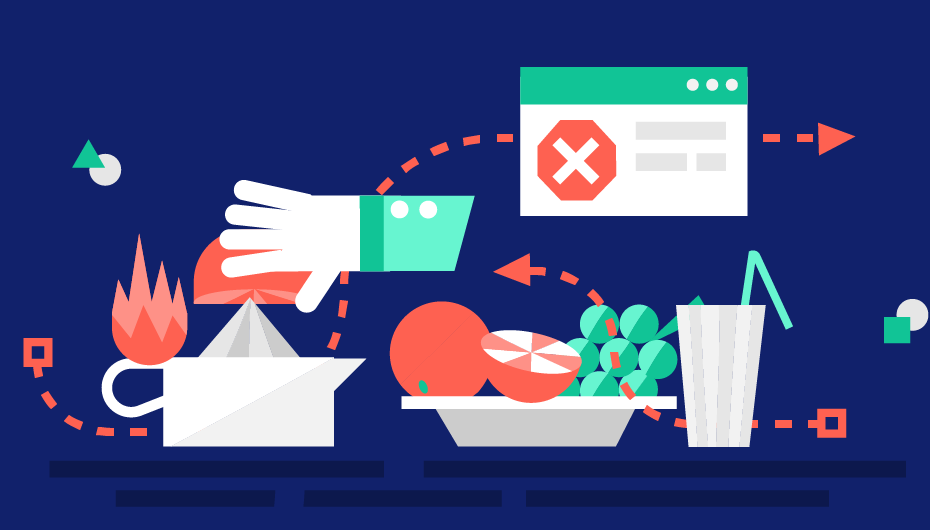 Hardware entrepreneurs: learn from the tragi-comic failure of Juicero. The failure to embrace human-centered design led to product flaws that seem obvious in hindsight. Don’t fall victim to the same for your venture.

Many first-time hardware entrepreneurs believe that the hardest part of their job will be to attain funding for their business. Once you have the necessary money to bring your product to market, it’s smooth sailing from there, right? For cold-press juice company Juicero, unfortunately the answer was a resounding “no”. With its fancy juicers and pre-packaged pouches of fruits and vegetables, Juicero offered health-conscious consumers an at-home way to make cold-press juice. Yet, despite raising nearly $100 million in funding, the once-hot startup encountered trouble after making its products available to the public – trouble that killed the company shortly thereafter.

What went wrong? How could a startup with so much potential fail so epically? In this post, we’ll explore the missteps that ultimately led Juicero to its swift demise, with the hope that you’ll learn from their mistakes and avoid the same fate. Interestingly, their struggle had very little to do with being able to garner investor interest or raise funding. Instead, it had everything to do with understanding the end customer. Who were they trying to serve? What were their needs and pain points? What would they be willing to pay? Juicero ignored these key questions, choosing instead to chase an overly ambitious vision that ended up costing them their business.

Founded in 2013, Juicero positioned itself as “the world’s first at-home cold-press juicer.” It’s business hinged upon a hardware-plus-subscription revenue model, which made it particularly attractive to the investor community. The idea was that customers would make a one-time investment in their juicer, and then pay for an ongoing subscription, through which they would receive the pre-packaged pouches of fruits and vegetables. This kind of model is enticing because it promises recurring revenue – something that’s less common for hardware-based businesses. Needless to say, Silicon Valley was quick to jump on board. Established investors like Google Ventures, Kleiner Perkins Caufield & Byers, and Thrive Capital all participated in Juicero’s $70 million Series B funding in early 2016.

It wasn’t just investors that were eagerly awaiting Juicero’s launch. Celebrities like Gwyneth Paltrow and Ivanka Trump were quick to publicly profess their excitement about the company, which promised to usher in a convenient, at-home platform for healthy habits. Tech blogs called Juicero the “Keurig for Juicers”. They implied that this cold-press juicer was a staple piece of kitchen hardware for juice-lovers to use on a daily basis. Indeed, much of the company’s initial focus was around the development of this “best-in-class” cold-press juicer. Juicero created 12 different prototypes of the machine, which were overseen by a reported 12 PhDs, 50 engineers, and seven food scientists. With so many experts weighing in on Juicero’s machine, it was certain to be a success…right?

The Jig Is Up

After taking three years to perfect their hardware, Juicero finally released its products to the public in 2016. The company’s founder, Doug Evans, bragged about the three to four tons of pressure that the Juicero devices could produce to open the sealed juice packages. He claimed that the force was “enough to lift two Tesla’s.” The machines were originally priced at $699, a price point intended to reflect the impressive R&D that was required to develop and produce the design. What’s more, the single-use pouches needed to make the cold-press juice were sold separately. Suddenly, this was all starting to sound like a lot of money to pay for cold-press juice.

The price point seemed even more outrageous given that customers soon discovered that they could open the sealed juice packages themselves…simply by using their hands. In April of 2017, Bloomberg performed a test in which they compared the juicing abilities of Juicero’s high-tech machine against the strength of human hands. The results of the experiment clearly showed that squeezing the pouches by hand yielded almost the same amount of juice as quickly as (and in some cases, faster than) using the pricey Juicero device. Such findings almost immediately rendered the Juicero machine irrelevant, sparking criticism from the media, investors, and consumers alike.

Juicero responded to the outcry in a defiant and defensive manner. Although they offered customer refunds, they maintained that consumers should avoid hand-squeezing the juice to protect themselves from food safety concerns. There were other product features, they argued, that warranted the use of the cold-press juicer (i.e. notifications about pouch expiration dates, etc.). They painted a picture of opportunistic customers, saying that “hacking consumer products is nothing new.” Nonetheless, the existing Juicero investors who were considering follow-on funding never agreed to re-up their financial support. The company’s funding dried up by May of 2017, and although the board sought a buyer to purchase the company, they never found one. As of September 1, 2017, Juicero was officially dead.

At its core, Juicero’s demise stemmed from not understanding their target customer. For example, let’s consider the healthy parent or the busy working professional. They really have to love juice to be willing to pay nearly $700 for a juicer. Additionally, they have to be willing to make an ongoing financial investment in Juicero by purchasing the juice pouches. This offers very little flexibility for customers to deviate once a juicer has been purchased. As stated by Forbes, “Unlike other appliances that are one-time purchases, Juicero represented an ongoing investment, one that potential buyers were unwilling to make.” Customers were especially unwilling to make such an investment after discovering that they could get similar results just by using their hands. If Juicero had implemented elements of human-centered design in their development process, perhaps they could have uncovered such insights before squandering $100 million.

However, it’s important to note that Juicero’s pricing problems were rooted in their prototype development process. They were forced to enter the market at such a high price point because the juicing device was complicated and expensive to build. With roughly 400 custom parts, the design proved extremely difficult to manufacture, assemble, and sell in a scaled capacity. Ultimately, it didn’t matter that the juicer contained a scanner, microprocessor, wireless chip, and wireless antenna. All the bells and whistles didn’t make up for the fact that the product was too expensive for customers and difficult to scale. Juicero should have considered the impact that product design has on costs, instead of producing something that they couldn’t scale and nobody needed.

Learning from Their Mistakes

Had Juicero invested in customer research, whether through interviews, pilot testing, or live prototyping, they might have gained a better understanding of their end customer and been able to course-correct. Had Juicero created a product design that was actually cost-effective and scalable, they may have been able to enter the market at a more reasonable price point. It’s important to always bear in mind the problem that you’re trying to solve for your customer, instead of getting wrapped up in your own vision. Otherwise, the juice may not be worth the squeeze in the end.

Want to learn about more epic failures of hardware startups like this? Sign up to receive additional information sent straight to your inbox so you can avoid making the same mistakes.

Finding the Perfect Partner: The Do’s and Don’ts of Engaging Suppliers

Hardware start-ups are challenged when moving from designing early product design to supplier engagement. Let’s be honest, most contract manufacturers would prefer to be working with more established entities. Learn best practices for engaging with suppliers, allowing you to secure fruitful contract manufacturing relationships on which your venture will...
Read more