3 Things That Made This $200M Clean-Energy Startup Go Bankrupt

3 Things That Made This $200M Clean-Energy Startup Go Bankrupt 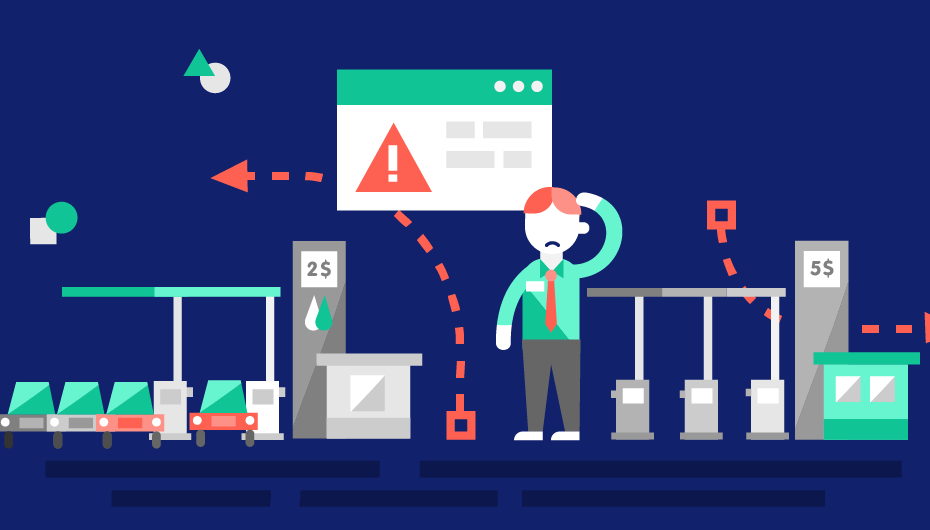 Everything seemed to be going right for Aquion Energy…until it wasn’t. Despite brand-name funders and a proven entrepreneurial leader, the battery company was drained by an over-reliance on VC funding, a complex regulatory landscape, and a product that couldn’t get down the cost curve quickly enough. Learn more about how to avoid these failures for your hardware startup.

It seemed like Aquion Energy had everything that it needed to succeed. Founded by materials science expert Jay Whitacre, this clean-energy startup sold saltwater-based batteries for renewable projects and power grids. Aquion batteries were safe and non-toxic, providing users with a longer-lasting energy source than existing lithium technology. According to the MIT Technology Review, Aquion had raised nearly $200 million from well-established investors like Bill Gates and venture capitalists Kleiner Perkins and Shell. In 2016, the MIT Technology Review ranked Aquion Energy number five on its list of 50 Smartest Companies. Needless to say, it was that much more troubling to find Aquion filing for bankruptcy protection only a year later.

How is this possible? Was it just bad luck? As we witness other venture-backed storage startups encounter struggles of their own, Aquion’s situation starts to seem less like a coincidence and more like the natural result of a “perfect storm” of challenges. We’re going to lay out those challenges for you here, so you can not only understand Aquion’s story, but avoid a similar one of your own.

With regard to energy storage, most new technologies require an enormous, up-front financial investment. When Aquion released the technology that it had been developing, it worked as Whitacre said it would, but it wasn’t necessarily cost-effective. The company was rapidly burning large amounts of capital in the process to ramp up materials production and manufacturing. To survive, Aquion needed more cash, more frequently than their venture capital investors were willing to offer them. As a result, they failed to raise additional funding as of March 2017, cut 80 percent of their staff, and filed for bankruptcy shortly thereafter.

As described in an article by Greentech Media, Aquion “had grown too big for VCs to keep pumping in cash, but wasn’t big enough to attract private equity or other deeper pockets.” Indeed, financing startup growth is a challenge, but the key is to remember that funding mechanisms differ by growth stage. There may be more appropriate ways to get the money that you need, outside of venture capital – make sure to consider them before putting all your eggs in the VC basket.

When companies scale up production, one of the goals is to move down the learning curve in order to achieve efficiencies and economies of scale. Eventually, product costs are lowered so the business can better compete. In Aquion’s case, they needed to see costs decline as soon as possible. Originally, the company stated that it hoped to manufacture it’s saltwater-based batteries for $300 per kilowatt-hour of capacity. At the time, that price point positioned the product between low-end lead-acid batteries and more expensive lithium technology. Over time, however, the price of lithium-ion batteries dropped below this $300 per-kilowatt-hour threshold. Suddenly, Aquion was the more expensive option on the market.

Aquion would have had to rapidly reduce the price of it’s batteries to remain competitive. Without additional funding, however, they were unable to quickly scale up manufacturing and production in order to see costs decline. As prices for lithium-ion batteries were projected by Bloomberg to continue to fall (to $109 per kilowatt-hour by 2025, and to $73 by 2030), new investors were hesitant to get involved. After all, why would they pour money into a risky investment that couldn’t beat the existing alternative out there on the market? Customers would also have little incentive to gamble on Aquion, as lithium-ion batteries already met the majority of their needs at a cheaper price point.

Naturally, unrealistically high product costs were a key challenge. Hardware-based startups must understand how their design impacts costs related to manufacturing and production. You can count on some savings from scaling, but you have to keep in mind that the market is dynamic; your competition is working to achieve declining costs as well. In Aquion’s case, their already-scaled competitors were much quicker on the draw – something that you should account for in your cost model.

The clean energy industry can be a tough arena in which to compete. While market forces more quickly and effectively govern other industries, changes can take more time when it comes to energy. Unfortunately, with the looming effects of climate change upon us, “more time” is not ideal. That’s why many turn to the regulations and rulings of the government to help the industry move in the right direction at a faster pace. As part of their due diligence, Aquion should have better understood the nature of their industry and the impact that policy could have on energy regulation.

The Trump administration has taken actions to dismantle the federal funding program for clean-energy startups. According to the MIT Technology Review, this has contributed to the fact that venture capital investments in such technologies have dropped almost 30 percent since 2011, from $7.5 billion to $5.2 billion. On a positive note, smart public policy could accelerate the shift to clean energy through mechanisms like carbon taxes or clean-fuel incentives. Federal grants and loans offer another means of government support for clean-energy startups. Nonetheless, such benefits are not won so easily. They require companies that play in the energy field to make a concerted effort to help shape the rules of the game by ushering in the necessary policy changes.

The good news is that Aquion gets a second chance at success. Juline-Titans LLC acquired the bankrupt company for a little over $9 million in late June of 2017. As stated by MIT Technology Review, “the new parent company brings along financial heft, manufacturing expertise, and direct connections to big energy operations in China,” which should hopefully help address many of Aquion’s initial, “perfect-storm” challenges. With the money that they need to get back on track, Aquion can reestablish its supply chain and invest heavily in manufacturing and production capabilities. With any luck, they’ll be able to bend the cost curves that they need to remain competitive.

Entering the energy industry and need some guidance? Sign up to receive helpful information (designed specifically for hardware entrepreneurs) and avoid ending up like Aquion. ​​

Amidst the chaos that is startup life, it’s important to keep in mind who really matters: your customers. Powered by insight from the design firm IDEO, check out the 3-stage human-centered design framework. This iterative design process helps you iterate on your product with a singular focus on the...
Read more